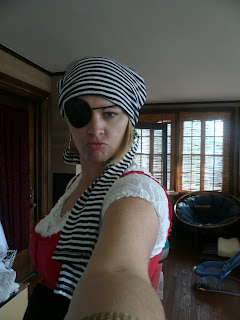 Greetings, me mateys. I be Iron Ethel Roberts. Whilest that scurvy doctor's wife is in Las Vegas, she left me to write her bloggity post about the Captain and First Mate's birthday gatherin'.

The party goers were some rough lookin' pirates, they were. These two must not feel pain to have such finery through their body parts. 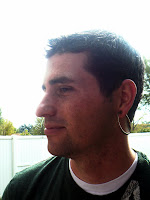 The sea was angry that day, my friends. It was blustery enough to make the balloons blow and the ship rock (or maybe the rockin' was from the pirates swingin' on the swing). 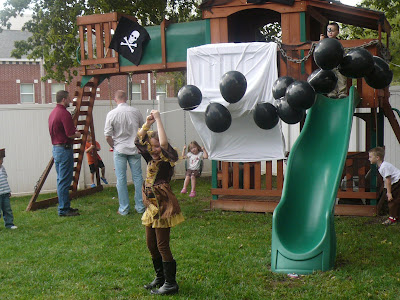 There were battles with "cannon balls" and invasions by scurvy pirates. And sounds of pistols firin' abounded in the air.

Or maybe the pistol shots were actually the sounds of the little scurvy dogs jumpin' on bubble wrap. Quite a fun time, it was. 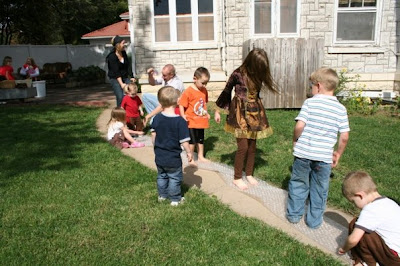 After the great noisy battle, the little mateys were famished. So Pirate Sing Song Fancy Pants went on the search for some grub. She spied some through her periscope. 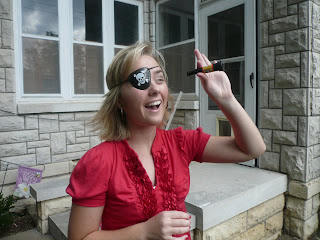 When all the pirates had grub and swill, I, Iron Ethel, read those scurvy pirates a pirate tale called Pirates Don't Change Diapers. 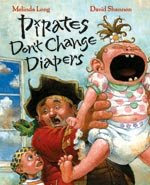 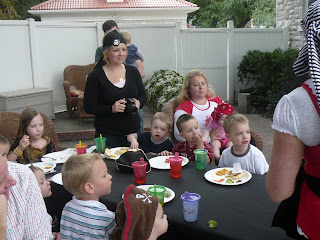 All those little hearties loved the tale. 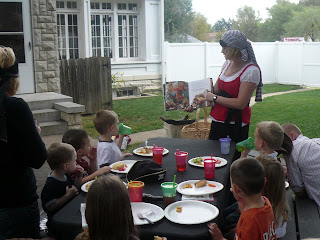 When their bellys were full, me lubber, Captain Oarsalot (who I prefer to call Captain Sweet-tooth Ticklefingers) appeared to take the little pirates on a treasure huntin' adventure. 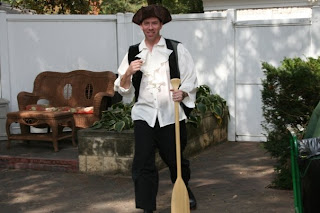 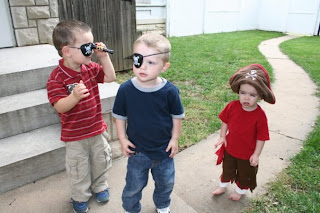 The little scurvy pirates looked high and low and finally found the booty.
They each got a bag of piratey treasures. 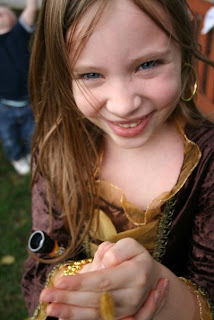 The little Princess Pirate happened upon a fuzzy caterpillar which be the best treasure to her.


After the lootin' of treasures, we headed inside to witness another pirate battle. This time it be involvin' cake. 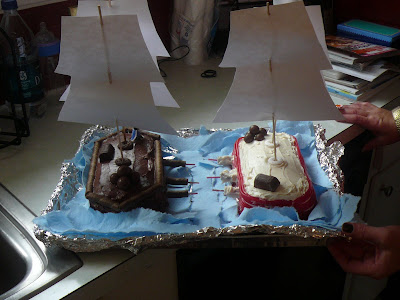 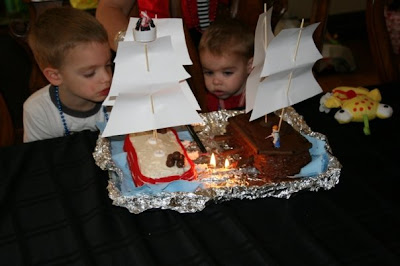 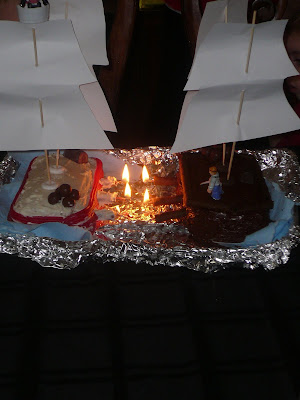 Captain Bub and First Mate Southern Gentleman saved the day and ended the battle with a mighty gust of wind. 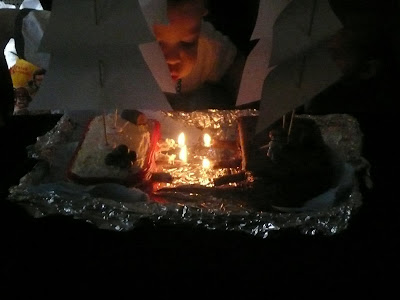 It was a merry time and the presents and games abounded. We had some tired pirates by the end of the party so they all found their ways back to their quarters and into their hammocks for a snooze. 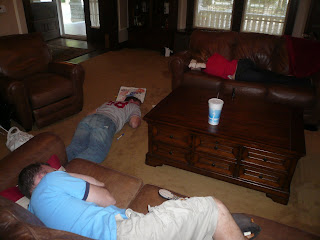 In the end, I wore down me crew and found them all passed out in the living quarters. A woman's work is never done so I left the scurvy sleepers and headed to me backyard to swab the deck.

What a great birthday party! My son is 19 years old and has dressed as a pirate about 14 out of 18 years! He would have loved that party! And Aaawww... precious pirate baby... sweeeeet!

You are an awesome party-planner! And not to make this all about me, but you are never invited to one of my parties, unless of course you plan it. :)