Broad Shoulders for a Heavy Burden 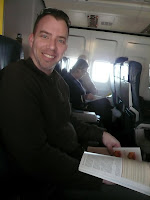 Have I ever mentioned that I love my husband? Well I do. And sometimes situations arise that I am not even a part of and they remind me all the more about how much I love him...not for what he does for me (though I do love that stuff, too) but for who he is. Tonight we were snuggled in bed and we heard the ambulance sirens fire up and go out on a run. (Yes, we live in a small town.) Sirens always catch Doc's attention when he is on call because it may mean a trip in to the ER to take care of someone who is really sick. Our small town ER has Physician's Assistants working a lot of the time and the docs on call cover the heavy stuff. So...as Doc is the guy with the golden call ticket this weekend, he pays attention to those sirens.

Shortly after hearing the sirens, he got a page on his blackberry...Code BLUE...someone headed in to the ER in BAD shape. Doc jumped out of bed and threw his scrubs on. I ran down stairs, grabbed his shoes and met him on the stairs. As he was tying his shoes, I was overwhelmed, in my spirit, with the knowledge that he is God's worker and it was time to do God's work. All those times that he has revived someone, stabilized someone, or even lost someone in the ER...all of them were divine appointments, set up by God because Doc was the right man for the job. Doc is God's hands in those situation. That could mean assuring a first time mom that it is normal for a baby to cry "that much" or that could mean running a code on a young man while his parents watch every effort fail and then praying with and comforting those parents afterwards. Doc never knows what is coming next but he does know one thing...God's hands are over all situations whether we, in our humanness, interpret the outcome as good or bad.

Now, please allow me to make this disclaimer...Doc isn't perfect. I know that. I'm not saying he is perfect. (Thankfully...he'd be sorely unmatched in our marriage!) What I am saying is that if he does what he can, to the best of his knowledge and ability, the rest is up to God. There is some comfort in knowing that you did all you could and the results were out of your hands. Things that shouldn't work sometimes work and things that should work sometimes fail. It is beyond our human reasoning and it is proof that someone greater than ourselves is ultimately in charge.

I kissed him on the neck and gave him a squeeze as he finished tying his shoes and told him,"You are the right man for the job". Then his blackberry rang and I overheard a woman ask if he got the page about the baby. He grabbed his bag, told her "yes...I'm on my way" and headed out the door. I watched him jump into his truck and I heard the ambulance sirens start up again indicating they were on their way to the hospital. He barreled out of the driveway and down the alley.

I shut and locked the back door. I couldn't help but drop to my knees and pray. I prayed for Doc to have clear thinking and good decision making abilities. I prayed for the EMTs to do their jobs well and quickly. I prayed that the ER staff would be on task and efficient. I prayed for this little patient's family, for comfort and peace. But mostly I prayed that this time, with this little one, that God's will would pleeeaase be life not death. Joy not sorrow. That His will would be done and I thanked Him that no matter the outcome that He had the right man for the job headed in that direction to meet that ambulance and that Doc was willing to do his part, no matter the how heavy the burden that is squarely on his shoulders. 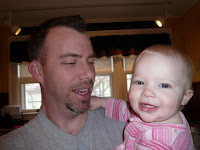 One last thing...I believe part of the reason he's the right man for the job is that he has first hand knowledge of just what is at stake.
Posted by DW on Sunday, March 29, 2009

I think about you guys often in this regard. It is a heavy burden for your whole family. I am MOST thankful for Physicians who put their strength in the Great Physician.

I cannot even imagine feeling like a life is in your hands.... however, KNOWing that life is in HIS hands is the only way you could possibly function with that weighty position....sober.

Psalm 118:17 came to mind when you were talking about the code blue. This just shifts me to pray for everyone involved when I hear those sirens....thanks for the post!

Beautiful post, Sis! I am snorting and sniffing over here. Praise God he is in control and doc is his servant! :)

It was a blessing to read your post. How cool that you are unselfish enough to realize that your husband is serving God by serving others in the medical field. May God bless you both.

I'm snorting and sniffing too...you bless me, DW...you are the right woman for the job of being the docs wife. Your children shall rise up and call you blessed and her husband also as he praises you. I love you, sweetie.