Saturday night I got all dolled up and went to the sock hop. I spotted a handsome fellow across the room. 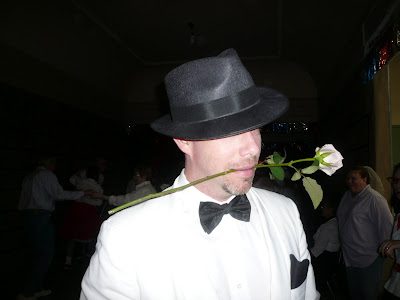 I watched him from afar as he practiced his secret agent skills. He's deadly with a HANDgun. 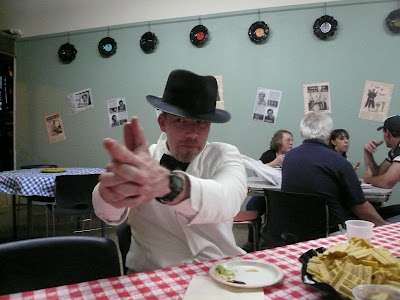 I caught him looking at me a couple of times. I think it was my striking resemblance to Marilyn that caught his eye. 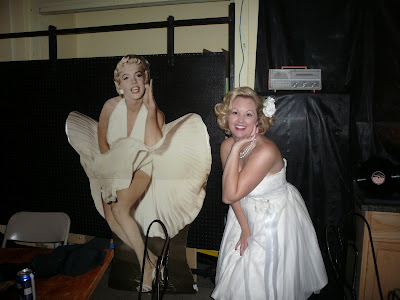 I got a little jealous when I saw the two of them whispering back and forth. 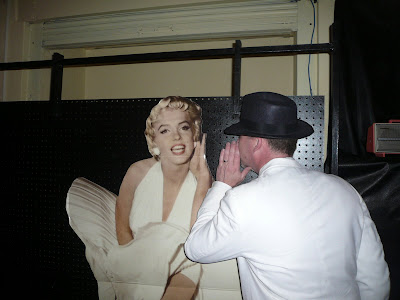 A little later in the evening, I spotted him at the bar. 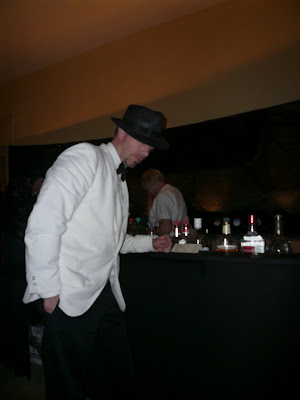 Our eyes met and sparks flew. 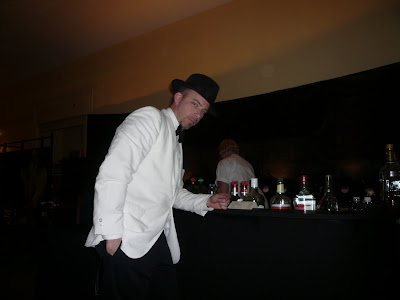 He asked if he could buy me a drink. 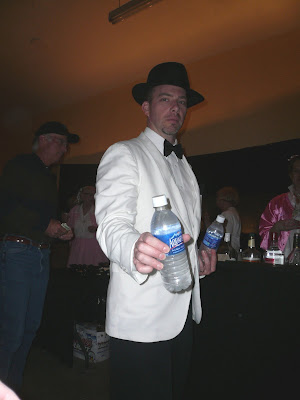 I tried to play it cool. 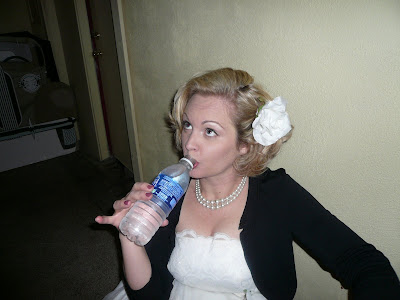 But he impressed me... 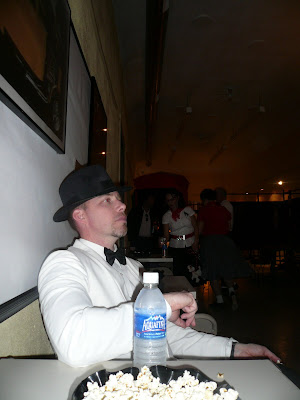 With his debonair style and... 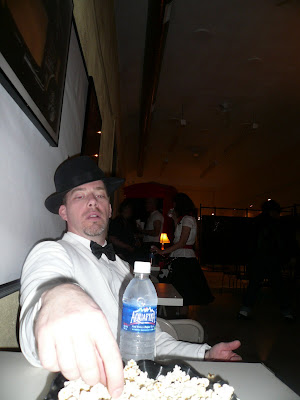 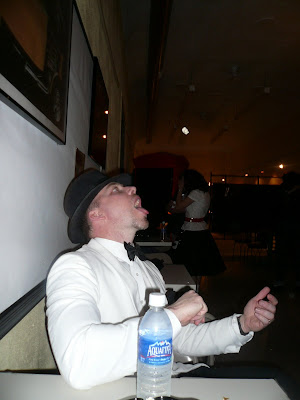 He was just so cool! 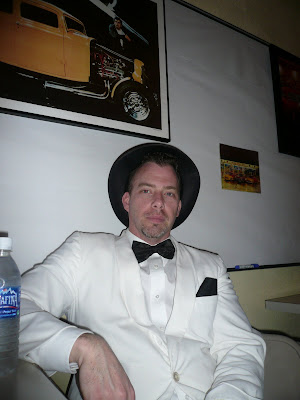 Then, he took me for a spin out on the dance floor. He was so light on his feet... a regular Fred Astaire. 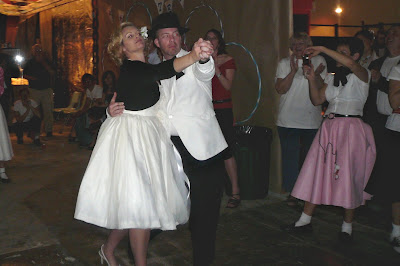 After all that dancing, we were parched. So we headed to the soda fountain for a little refreshment. He was so dreamy! 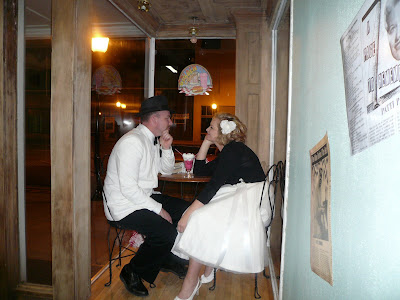 He suggested we blow that scene and go for a cruise in his friend's ride. 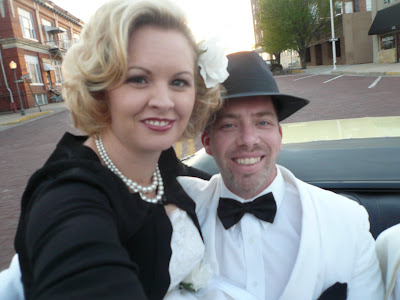 So we rode off into the sunset... 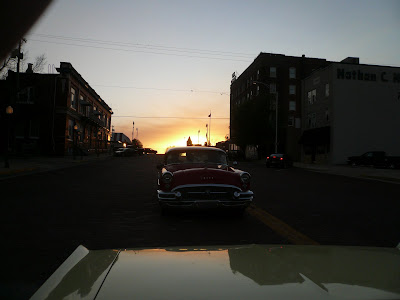 And he asked me to have his babies and we lived happily ever after. The End.
Posted by DW on Sunday, April 05, 2009

Labels: Doc, me, my favorite things

Oh my gosh! I love it! You guys are so adorable. It looks like the sock hop was lots of fun! :)

What a great chapter in your story :)

Looks like you had so much fun. I love love love your stories.

You have had some great blogs but I think maybe this one beats them all! You two look FABULOUS in your fifties and the story was so much fun!

Oh my gosh! How cute are the two of you! I love that! What great pix, too. You two are definitely rocking the 50s!