The Southern Gentleman and Ladybug are only 17 months apart but SG takes his responsibilities as an older brother very seriously. 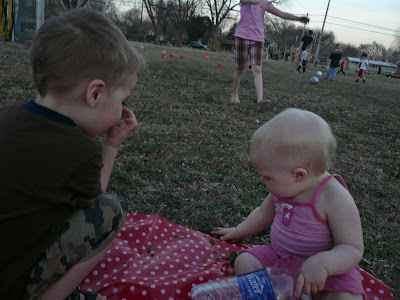 He keeps tabs on Ladybug and makes sure she gets help when she needs it. 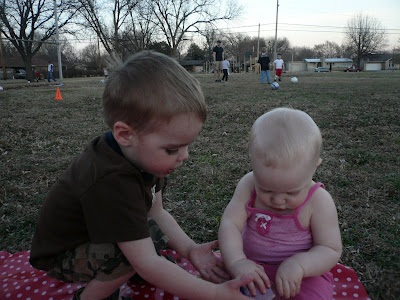 He gives her smoochies and hugs and tries to be a good big brother. 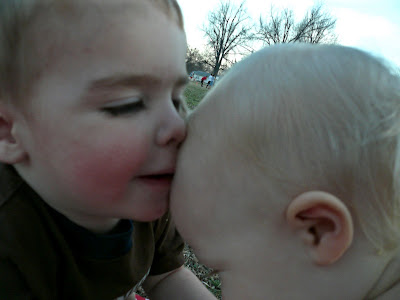 Most of the time, Ladybug tolerates his brothering but.... 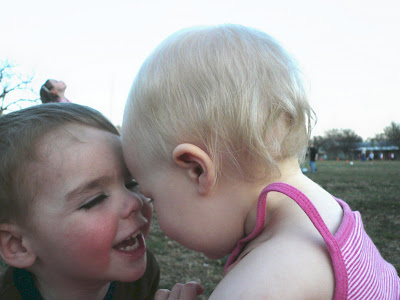 when she's had enough, that's it. She has developed some very effective techniques to show SG who's boss including the ol' "Catch a Brother by the Nose" trick.... 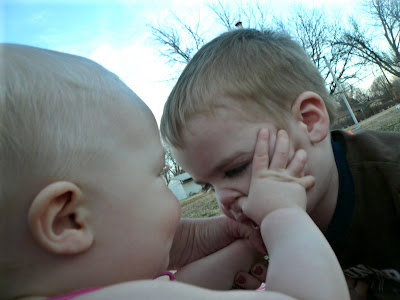 And letting out a mighty roar.... 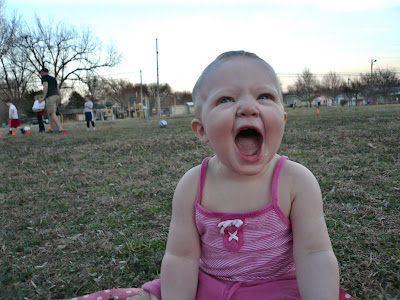 That sends her siblings running for the hills (or at least out of her small but mighty reach.) 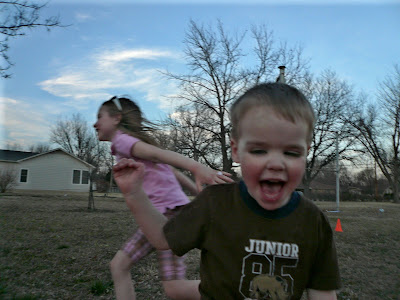 Your kids are the cutest... well, except for mine... but you know how that goes! :D I loved the pix of SG and LB together! CUTE!

So adorable! Brotherly love is the best...for a little while.

You just HAD to figure out some reason to post that photo of her with her finger up his nose, didn't you? She is definately my kinda girl.....only giving out the affection when SHE feels like it. lol.

LOL! These are great! Maybe we should call her "Queen Bee"...