Someone in our house was guilty. 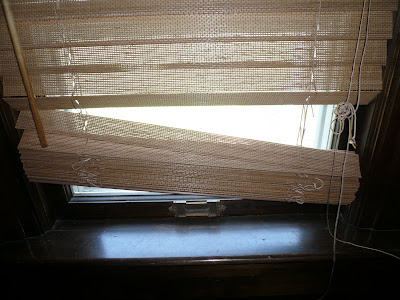 Guilty of criminal damage to property. 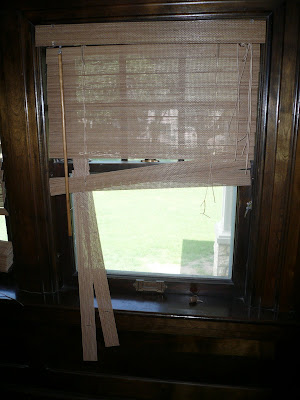 Who could have done such thing? Someone with a twisted criminal mind? I stood in my pajamas surveying the damage, wondering which of the usual suspects committed such a heinous crime. 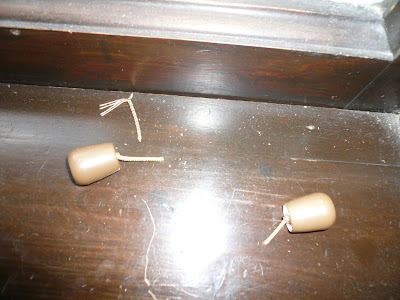 And why? Why would anyone think THIS was a good idea. It was a brazen act which ruled out Lou, Lou. It was an act requiring the perpetrator to be more than 30 inches tall with dexterity to master a pair of scissors...that ruled out Ladybug and Southern Gentleman. That left only one person. 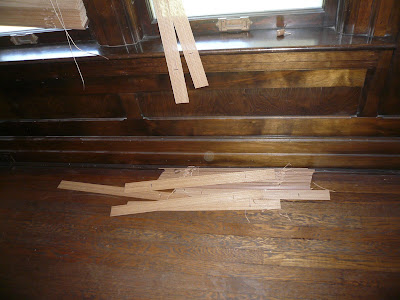 I was able to apprehend the suspect when he returned to the scene of the crime. 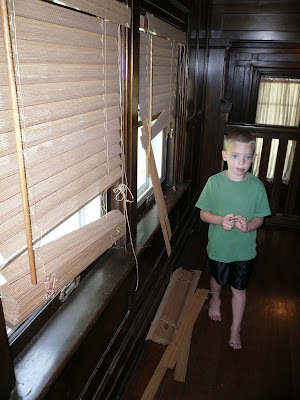 Upon questioning, he admitted to his involvement and pointed out the weapon of mass destruction. Mom's keys. 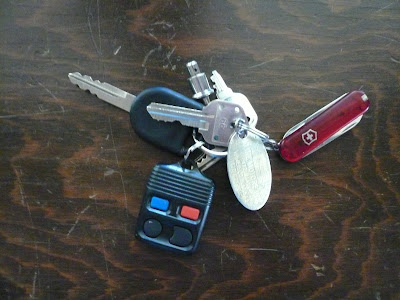 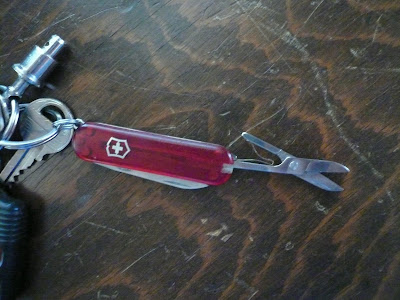 He also admitted his involvement with another similar crime in another location. He was a cereal criminal...committing the acts even before he had eaten his breakfast. 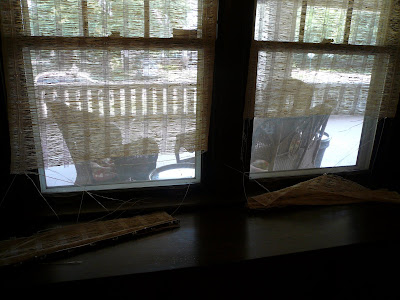 I'll give him one thing...he was persistent in his desire to cut apart the shades. It must have taken a while with his tool of choice. 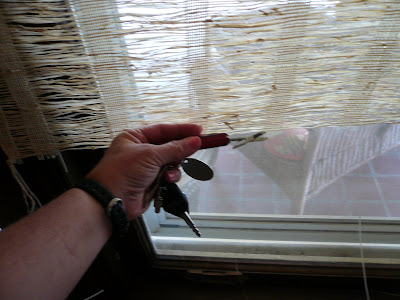 The criminal pleaded guilty to the charge of Criminal Damage to Property and was sentenced to giving up all 10 pennies (good behavior pennies) for the day. 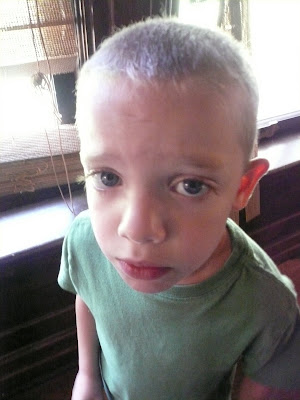 I witnessed the aftermath. Those blinds never had a chance.

I was too overwhelmed by inappropriate laughter for a few minutes to even respond...giggle...I know it isn't funny..giggle...but..giggle...well you know. Good for you, preserving your sanity by focusing on recording the incident!

I'm with Birdie but I would have been horrified if one of my kids had committed this "crime!" :-) See...DW...You are just the right "sleuthy" woman to be Bub's mom! I love you both and love that we have one more story recorded for future generations! It makes me wonder how many things my mom forgot as she raised five kids without blogging! hee hee

Oh DW...LOL..the things kiddos come up with! That's a bummer about those blinds though..hehe..I really liked them! Oh well, didn't you say you wanted something with a little more privacy? :)

Just discovered your blog today and I really love it! This post is hilarious - kids crack me up.

I am also still in shock about the price of your home for sale. Where I live in Portland, OR, spending $245,000 on a house barely even gets you a 2 bedroom condo - unbelievable!

Oh no. At least he had to pay the consequences.

kids will be kids