We had the best weekend last weekend! It started off Saturday morning at Four Sister's Farm with a Fall Party! We ate a delicious breakfast and then our kids and all the nephews (soon to be one niece in December) dressed up in their Halloween costumes for a parade! The Unconventionals were Star Wars characters! 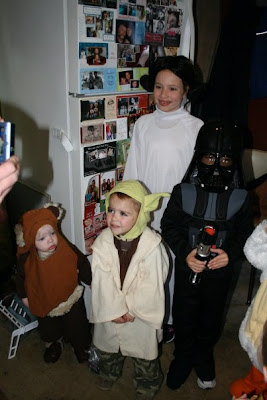 Lou Lou was a good sport and led the dancing, party parade in front of the house for the grandparents to watch! 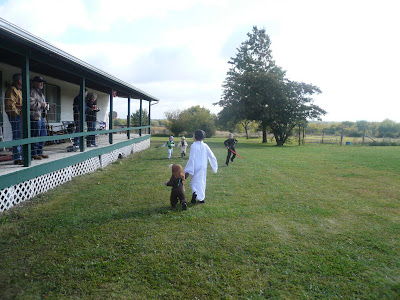 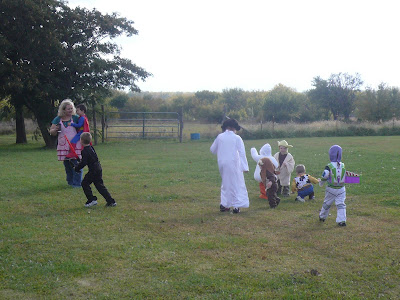 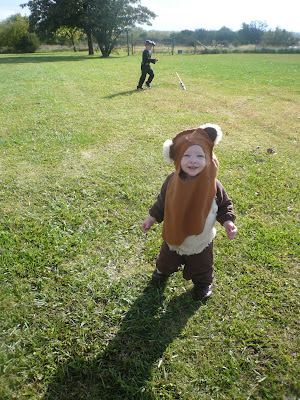 Pop, Romeo and EJ built this awesome hayrack ride trailer and Pop was excited to take everyone on a ride!!! 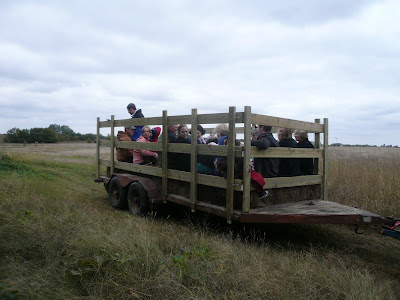 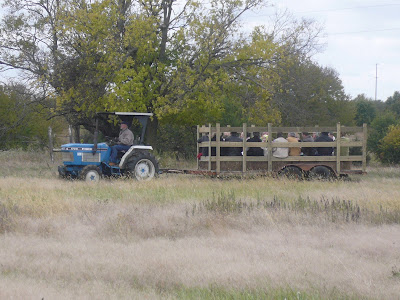 It was a well built, sturdy trailer...we had 28 people loaded on there! It was awesome! 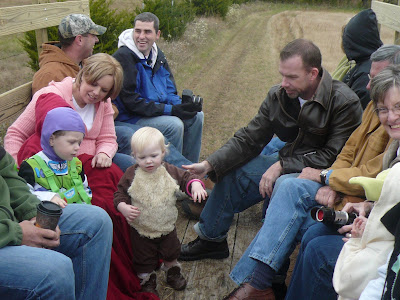 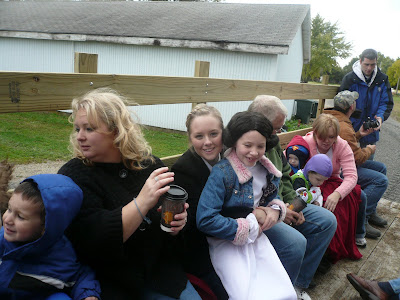 Our hay ride around the farm ended with a stop at the pumpkin patch! Unfortunately we had to "import" pumpkins because a nasty swarm of bugs got a hold of the ones that were growing in the patch! 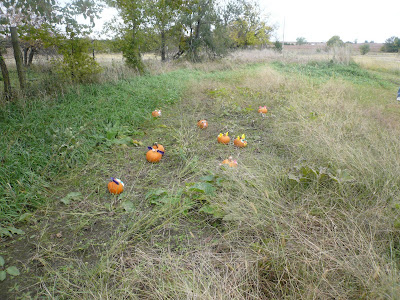 Farm Chick had decorated all the pumpkins for the kids. They were delighted with their pumpkin animals! 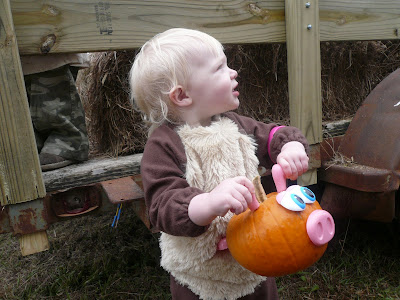 After the Fall Party, we broke into another party...a birthday party for the Unconventional boys...guess what the theme was?? 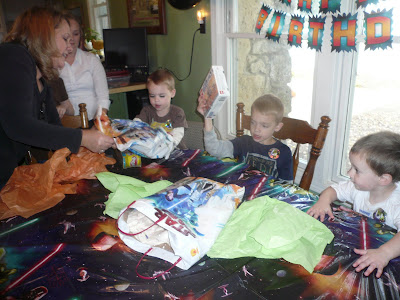 It was a fabulous day! MANY thanks to the Farmers, Pop and Grammy, Pretty Princess and Romeo who all pitched in to throw the best Fall Party ever!!!! Also, thanks to Farm Chick for graciously allowing us to bring a birthday party with us! I love our family!!!!
Posted by DW on Tuesday, October 20, 2009

You'all are so blessed, I know I've told you....but enjoy EVERY moment with your precious family!!!