Because I haven't had time to blog lately, I thought I'd better catch up a little! So travel with me back to October....
We met the home school group from our area at a Cox Farms in Wichita! 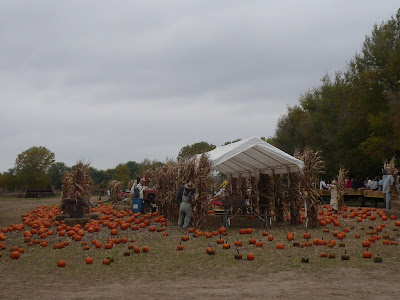 There was a menagerie of animals, much to the delight of Bub and Lou Lou... 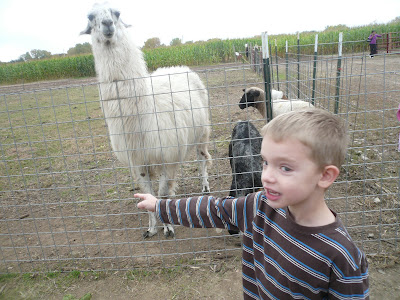 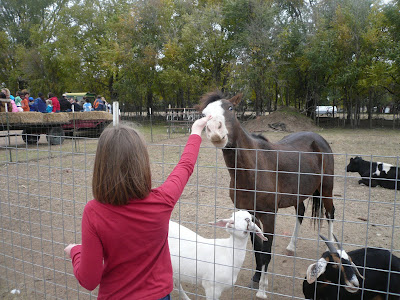 and much to the dismay of Ladybug who thought the Llama looked vicious and clung to me every time she caught a glimpse of it! 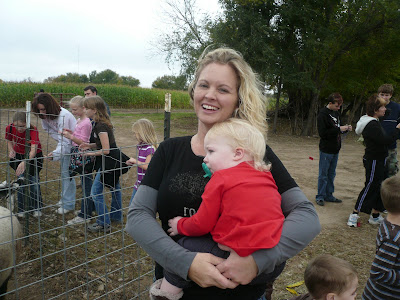 Birdie and her kids were there too! She helped Lou get used to the idea of feeding the goat out of her hand. She really loves Lou. She must to get her hands slobbered on by a farm animal. 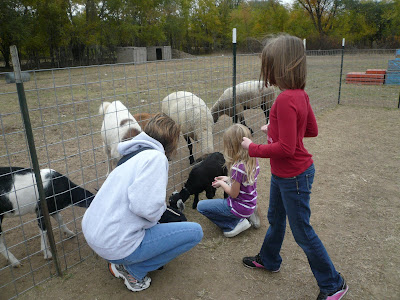 I think the next thing out of Birdie's mouth was, "WHERE'S A WIPE AND THE HAND SANITIZER?" 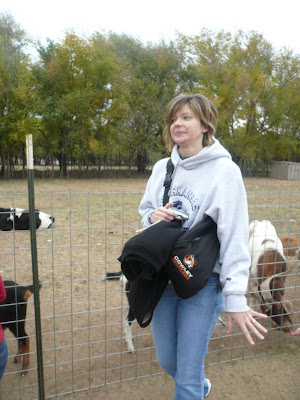 After petting and being slobbered on by the animals, the kids headed over to pick out their pumpkins. 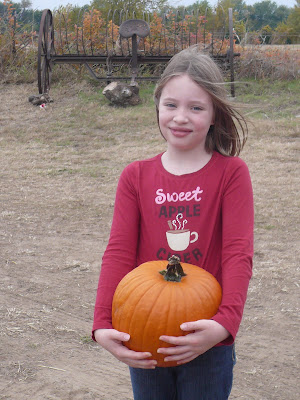 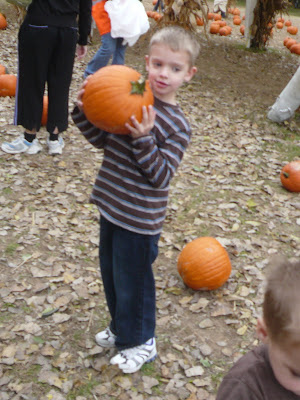 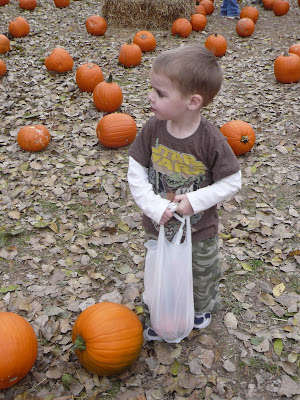 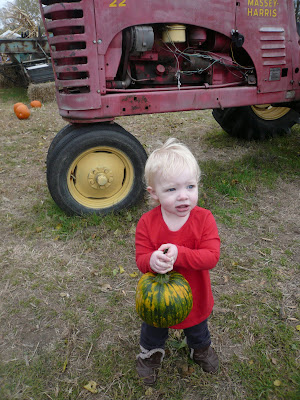 Then, because boys are weird, they took the opportunity to pretend like they were gorillas at the pumpkin patch. 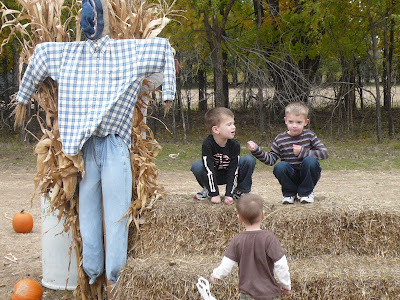 After being slobbered on, picking out pumpkins, and turning into wild animals, we took a hayride around to the corn maze! 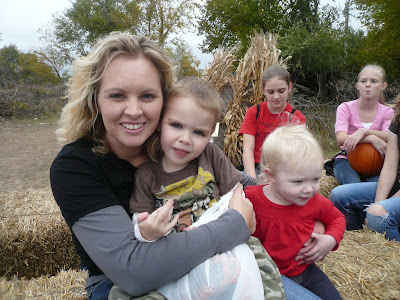 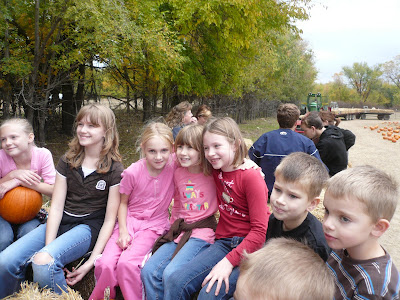 Now, the corn maze was big. The man in charge said it would take about an hour to go through and being the realistic mother I am, I decided to let Lou go with her girlfriends. I didn't really think that an hour of being lost amongst plants would be real fun. I was picturing trying to keep up with an adventurous five year old while carrying a tired 3 year old and 18 month old on each hip. Call me crazy. It just wasn't that appealing. 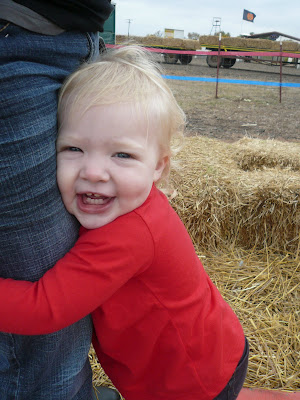 So the four of us headed to the playground! Well, five, if you count R2D2 who (of course) needed to come to the pumpkin patch with us. 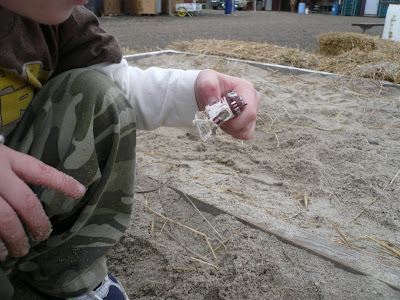 Bub met a new challenge. He loves challenges. The boy needs adventure like I need coffee. 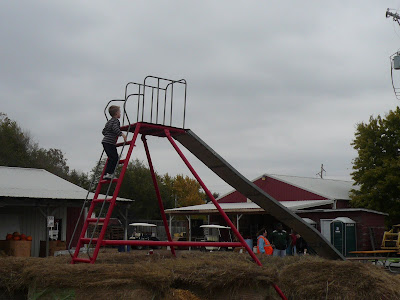 I will say that he was a bit intimidated at first. He asked me to come catch him. It's nice to be needed, even if it is only for the first slide. 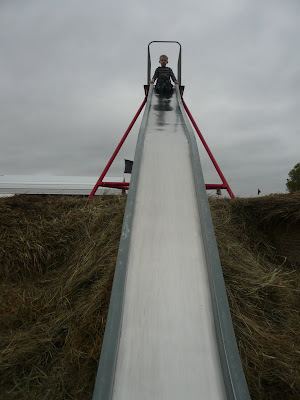 After that, he went up and down that thing for the next hour non- stop except for the occassional King of the Mountain display of power on the hay bales! 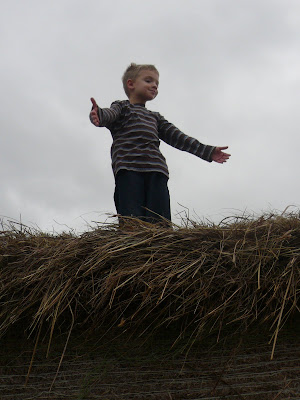 Someone else was King of the Mountain, too. Never you mind that her mountain was a wee bit shorter! 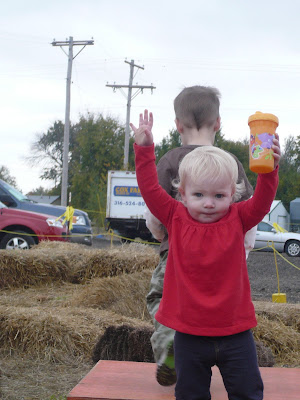 We managed to squeeze every little bit of fun out of the morning and Lou's pretty face appeared out of the corn maze just as it started misting. Fortunately, we got loaded up before it really let loose and started pouring! What a great day!
Posted by DW on Wednesday, November 11, 2009

How fun! I love your out-take on life...it's quite refreshing. :)

LOL! I'm just getting caught up... and by the way, looks like Ladybug is totally a girl after my own heart!!! NO ICKY :)