We took a family outing to the Home Show in the big city. The highlight for the kids was the display by the Wichita Fire Department. The kids got to climb all over the fire truck, hang out with the heroes themselves and best of all, dress up like a fireman.

The guys had their gear set out and helped the kids get all decked out. 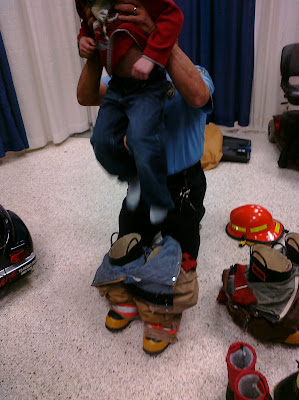 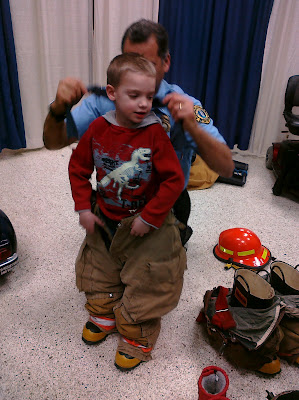 The fireman had to shorten the suspenders just a bit! 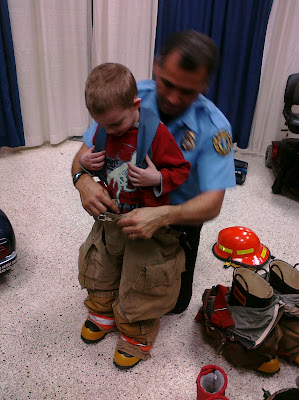 Then it was SG's turn. 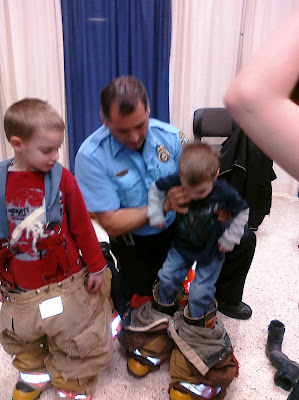 He put hoods on them and then told Lou to hold SG so he didn't fall over. The boots were up to his upper thighs! 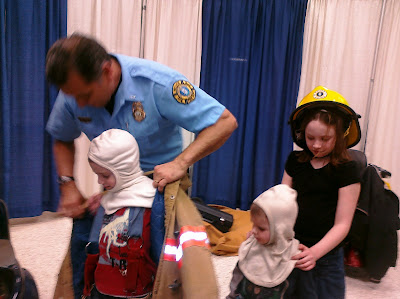 SG watched intently as the fireman told them all about why he wears each piece of clothing. 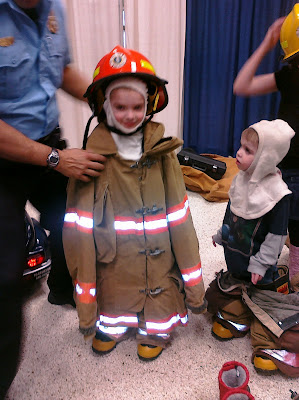 Then it was his turn to get decked out. 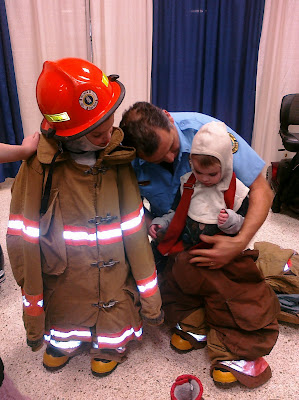 When they were all dressed, he told them to make their best..... 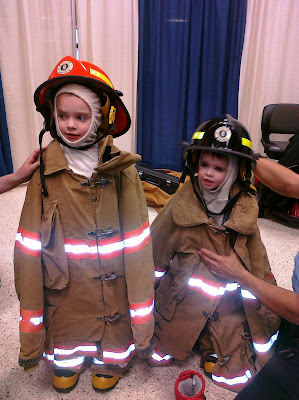 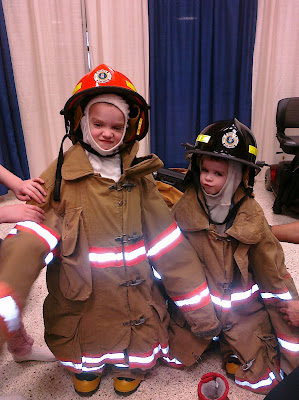 Their faces made one REAL tough fire fighter crack up! 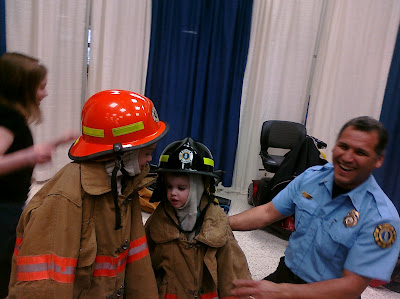 The boys were thrilled and we were really impressed with how kind and patient the guys were, explaining everything to our kids! Thanks to the Wichita Fire Department! You guys did a great job (especially our special teacher featured in these photos! I wish I had paid attention to your name! You rock!)
Posted by DW on Monday, February 22, 2010

Adoreable, DW! Love it! They look like they are melting in those clothes.....makes me want to squeeze that little SG, he's so tiny and cute!

SG can now start using his "force powers" to put out fires!

Their faces are priceless! Thanks for the laughs!

Congrats on the house! Yay!