Breckenridge Stables (aka The Closest to Heaven Lou Can Imagine)

I know we've been back from vacation for a while, but I wanted to go ahead and post about the fun horseback riding adventure we had. All the fun we had kind of got lost in the aftermath of Bub's ordeal! So, I'm going to focus on the fun stuff we did!

We went Wednesday morning for a ride. Doc and I had to check in and the kids headed straight to the main event! 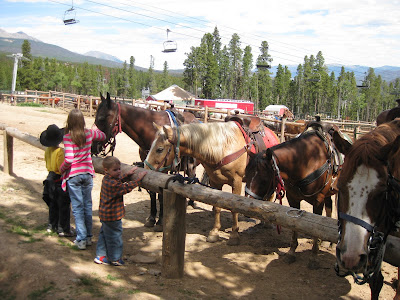 Everyone was assigned a horse and Tara was our wrangler! She was awesome and gave us a little history lesson on that area of Colorado as we rode. 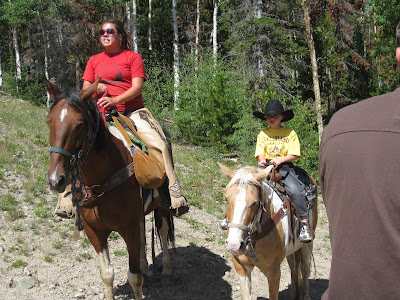 Bub's horse was named Dewdrop. Lou's was named Eclipse. Doc and SG were on Captain and Ladybug and I brought up the rear on Pie. 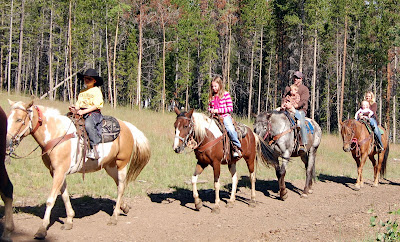 The scenery was breathtaking! 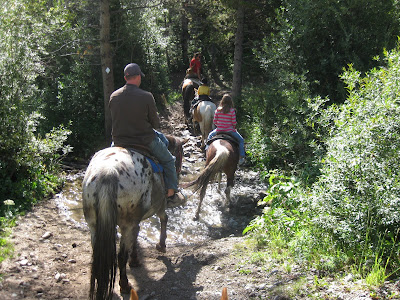 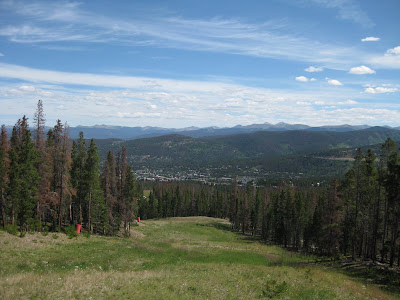 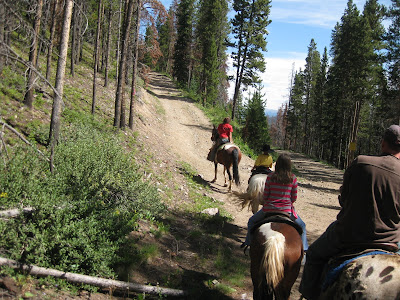 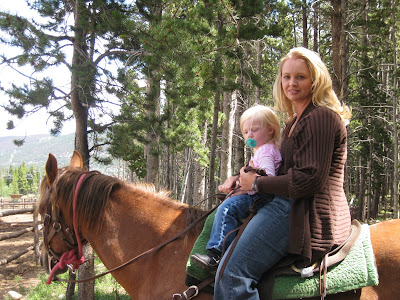 I was thrilled for Lou Lou to live out her dream of riding a horse! She was SOOO excited! 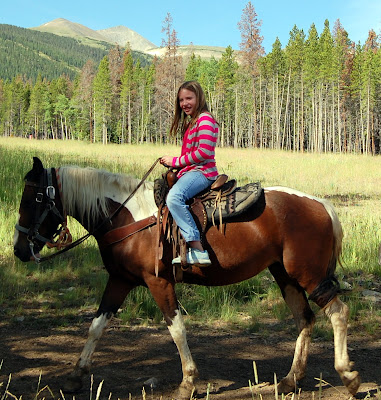 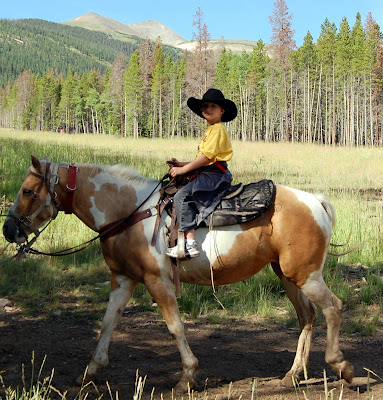 When the ride was over, the kids went to visit the other horses. 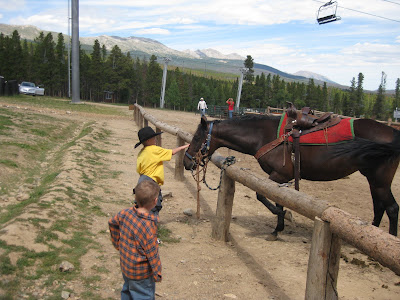 SG surprised me with his bravery! He wasn't intimidated at all by the huge animals! 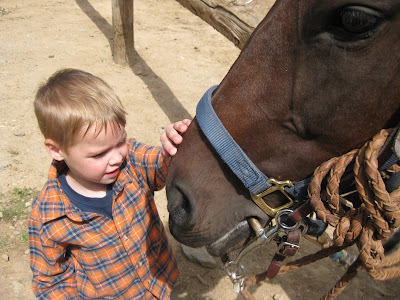 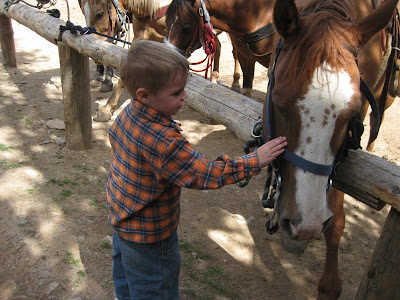 Of course Lou had the hardest time saying goodbye! 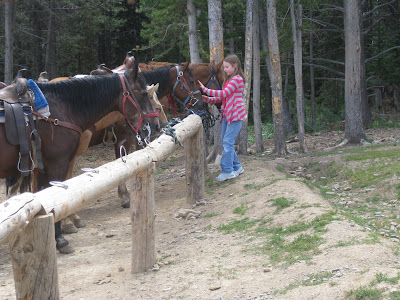 Labels: family, fun things to do with the kids, vacation

So THAT is what they do with those ski trails during the summer. ;-) I see the chair lift behind y'all. :-)

It is FUN to focus on the FUN. Looks like you guys had a great time, and glad Lou did, in particular. :-) Has she asked for one for the backyard yet?

Sounds like a great Christmas present for the farm. ;-)