Word To The Other Mothers

A prime example of the part of parenting that makes me crazy. Really crazy. 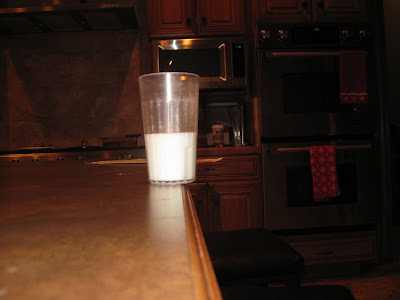 Sometimes God asks us to be obedient for reasons we will possibly never understand and that is what this post is all about. I was laying in bed this morning, after Bub and SG woke me up earlier than needed, trying to go back to sleep. I was talking to God about my plans for the day and He laid it heavy on my heart to share something from my past. I said, "God (in my best whiney voice), I don't want to share that. It isn't pleasant to think about and I haven't even blogged in a long time and I have all the pictures for a cinnamon candy tutorial, now wouldn't that be nice, Lord, a nice cinnamon candy post instead???" The answer I got back was, "DW, you need to obey me in this. You will miss out on the blessing of obedience and someone needs to hear this today." So I got out of bed, made some coffee and here I sit...reluctant to share but obeying.

When Lou was 2, I got pregnant again. I was elated! I had a strong sense of mother's intuition telling me that the baby was a boy. I was very early in my pregnancy and Doc was always guarded in his excitement because of his job. He had walked through a lot of miscarriage situations with his patients. None the less, we were excited. We were going to make a trip to the big city to tell our parents our happy news on a Saturday. That morning, I got up with a sinking feeling that something was wrong. I felt a little crampy. I didn't say anything to Doc because there wasn't really anything to tell. We got around and right before we left, as Doc was outside getting things loaded in the car, I went to the bathroom and found I was spotting. I knew something was wrong. I went out to tell Doc. He asked if I wanted to stay home and I said "No, I'll just sit around and stew and if something is wrong, we would tell our parents anyway. So let's just go." We loaded up Lou and went to the big city. We told our parents that I was pregnant but we needed them to pray and not say anything because things didn't feel right. We came home on Sunday and on October 13th. I miscarried.

Now, I struggled with the loss, not only of our baby but of my confidence in God. After all, we had, had a pretty good deal in my mind and I had upheld my end of the bargain. My experience had shown me that there was consequences for bad choices so I had been careful all my adult life to make good choices. Since I was making good choices, God's end of the bargain was to insure that nothing bad would happen to me. So when it did, I was shocked. I know how stupid that sounds, now, and it wasn't really a verbal agreement that I had thought through. It was more of an agreement that I had made in my heart and soul.

What I found was even more shocking to me, God provides. (I know, again, shocking.) He provided everything I needed. He insured that someone who had walked through the experience before came to sit with me when I needed her. She shared scripture and truth with me that was comforting. He allowed my Mom to know that I would benefit from her comfort and she showed up at my door holding a perfect white rose (that somehow stayed perfect for 2 weeks). He showed me that though I was walking through a tragedy, He was there. And He showed me who He really is. Not the god of my bargain but the REAL God. The one who provided joy in my sorrow. Who provided comfort in my emptiness. Who provided TRUTH in my lies about Him.

See, my perception was that God's goodness towards me was dependent upon my goodness. WHAT A LIE!!! God is good, period. The scripture says, "Give thanks to the LORD, for he is good; his love endures forever". Psalm 107:1 It doesn't say that he is good when you do what is right. This truth hit me like a ton of bricks. I had been tiptoeing around God for fear of upsetting the applecart of his goodness and I was thinking of myself more highly than I ought, as if God's actions depended on mine, because nothing too terrible had happened in my life! Wow.

This verse spoke volumes to me during that time...
Romans 12:2-4 Do not conform to the pattern of this world, but be transformed by the renewing of your mind. Then you will be able to test and approve what God’s will is—his good, pleasing and perfect will. For by the grace given me I say to every one of you: Do not think of yourself more highly than you ought, but rather think of yourself with sober judgment, in accordance with the faith God has distributed to each of you.

Boy, I wanted to renew my mind. I didn't want to have the responsibility of keeping God's foot from falling and squashing me if I made the wrong choice. And moreover, it wasn't my choices anyway, but God's grace that had carried me that far!

The next year, I was in labor with Bub on the anniversary of my miscarriage. And two years later SG was born on the day before that anniversary. How faithful and loving is God?!

My point is this, God used a really painful experience (note that I didn't say caused a really painful experience) and his faithfulness afterward to show me His goodness and to reveal to me the truth about who He is. My faith was renewed and we began a deeper relationship that is based on love (not based on me fulfilling my part of a dumb, imaginary bargain). And trust me, I was thankful for that new and firm relationship this summer when Bub was hospitalized in Colorado. I was able to stand firm in His love for me and my family when we were on the verge of losing our son. It makes me think of the hymn that says, "On Christ the solid rock I stand, all other ground is sinking sand. All other ground is sinking sand."

So there you go. I don't know what God has intended for this story but I'm praying that it serves its purpose and brings hope and comfort to someone who needs to hear it.
Posted by DW on Wednesday, January 05, 2011 7 comments